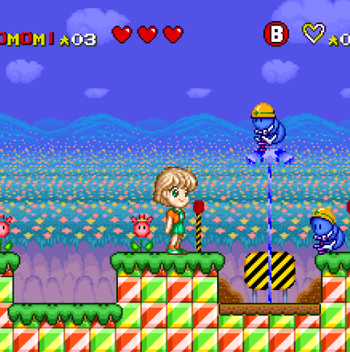 Miracle Girls is a platformer based on the anime of the same name. It was released in 1993 for the Super Famicom.
Advertisement:

The game stars two telepathic twins named Mika and Toni. One day at school a bright light appears that transports the sisters, and a few of their peers, into another dimension. Now the girls have to find the others and get back home.