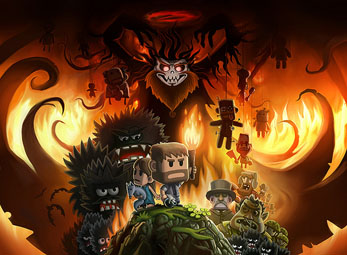 Most of the things on this title screen aren't even in the game.
Advertisement:

Minigore is an app for the iPod Touch/iPhone, developed by Mountain Sheep. Set in Hardland, Minigore is a twin-stick shooter game where you play as John Gore (and many other characters), who must survive as long as he can against the onslaught of Furries (no, not that kind of Furry), using only guns.

A sequel, Minigore 2: Zombies, came out in early December 2012 and has most of the characters and objects seen in the page picture on the right.