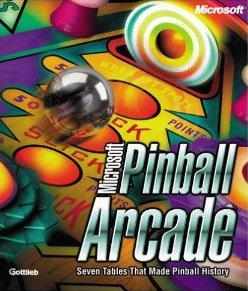 The game consists of seven digitally emulated Physical Pinball Tables from Gottlieb, one from each decade from 1930 to The '90s. Each one comes with a full set of rules and an overview of the game's features, and are accompanied by a brief history of pinball and various informational guides. Each table is shown using a pre-rendered playfield, giving fast and fluid action at the cost of a fixed camera position. A free trial version was available, with Haunted House available to play. It can be found fully-archived by the Wayback Machine here.

In 2001, a port of the game was released for the Game Boy Color, developed by Saffire and published by Classified Games. Due to hardware limitations, it featured simplified four-color graphics, an overhead view, and a scrolling viewscreen. Two of the tables were omitted, and the ones that were present had assorted changes made to accommodate the hardware.

The PC version of this game has a Spiritual Successor in Visual Pinball, a freeware computer application. Also compare to the Pro Pinball series, which also uses pre-rendered playfields, but for tables made specifically for those games.

Not to be confused with FarSight Studios' The Pinball Arcade, released in 2012 for multiple platforms. Coincidentally, both games feature Haunted House and Cue Ball Wizard.

The following tables are available for Microsoft Pinball Arcade: