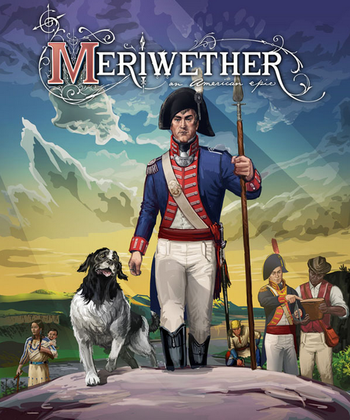 Meriwether: An American Epic is a First Person Survival Western RPG by Sortasoft LLC. It was funded

on Kickstarter on January 4th, 2013, and was released on PC through Steam Early Access on December 4th, 2017. It remains in Early Access as of 2019, and there have been no updates for more than a year.
Advertisement:

The game has you play the role of Meriwether Lewis, who has been given an assignment by President Thomas Jefferson to, along with your co-captain William Clark, lead the Corps of Discovery, a contingent of three dozen US Army volunteers who have all agreed to a mission to travel West along this great land, from St. Louis to the Pacific Ocean. It's up to you to brave the elements, hunt wild animals, and keep your troops alive as you travel the 3,700 mile journey to change the course of Amercian History.

Compare to The Council for another take on a 17th-century era RPG.