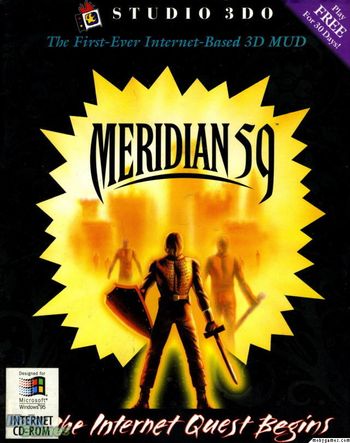 Back when the genre was still "Internet-based 3D MUD"...
Meridian 59 is considered the first Massively Multiplayer Online Role-Playing Game, published in 1996, and is the source of the term. M59 continues online to this day

, as two of the original developers purchased the rights to the game and re-invigorated the franchise.