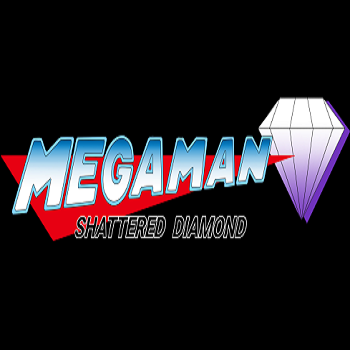 Mega Man Shattered Diamond (Mega Man SD for short) is a Mega Man fan game under development by Team Circadia, made in Game Maker Studio 1.4 using a modified version of WreckingPrograms' Mega Engine. The team has their own dev blog

, and can be contacted on Discord

Two particularly talented scientists present a crystallised energy source referred to as "Visnium" to help prevent an incoming energy crisis, only for them and their energy diamond to suddenly get stolen away by Dr. Wily! Dr. Wily then proceeds to use the diamond to power up his robot army and the scientists' forcibly reprogrammed Robot Masters for world conquest. Once again, Mega Man and Bass must stop a new threat from the megalomaniacal genius.

The game features examples of the following tropes: