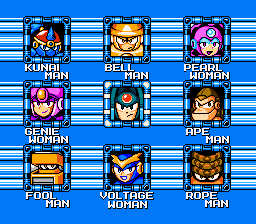 You know you're scared of this bunch...
Advertisement:

A Mega Man fan game created by ~hfnb2 from Deviant Art, it was his goal to make a new game similar to Mega Man 9 but when 10 came out he decided to diverge a little bit.

to the Deviant Art page it all started on.