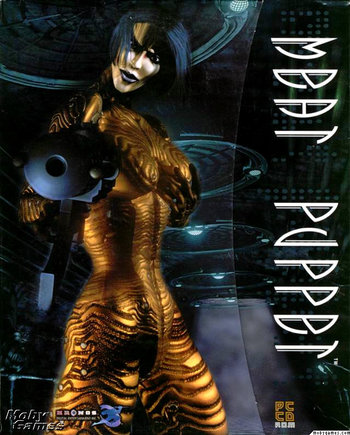 Meat Puppet is an isometric action shooter released in 1997. It was published by Playmates Interactive Entertainment, Inc. and developed by Kronos Digital Entertainment.

In Meat Puppet, you play the role of Lotus/Lotos Abstraction in a darkly futuristic post-apocalyptic world. Lotus responded to a personal add claiming "help wanted for nocturnal missions". These "missions" turn out to be a far cry from what Lotus expected! As Lotus, your main quest besides performing the occasional kill is to discover the identity of your employer, who has deigned not to reveal himself, and free yourself from his mafia-style employment agreement.