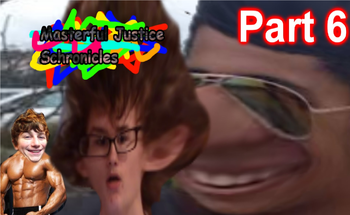 and starring a few of his friends.

It begins with Ricky Lai a 16 year old in New Zealand and a collector of the country's most advanced technology, The Bed, but as he gets out of his house, Joe Olson, A Californian Warlord, comes and talks to him. He asks him if he agrees that they need to round up all the furries and mutilate them in former concentration camps, Ricky disagrees by saying he doesn't mind the occassional yiff and Joe Olson says that he respects his fetish. Afterwords, Ricky asks where the other 26 people that live in New Zealand are. Joe Olson responds that he killed them in south auckland in order to find out the identity of his rival, Joson Olseph after a battle, Joson Olseph appears, Joe Olson than runs off, Joson Olseph than sends Ricky on a Roaring Rampage of Revenge type of quest to stop Joe Olson before he can kill more people

Along the way, Ricky meets new people to help him on his quest or defeat such as Randon and Kyle and goes to new locations such as, The Countdown Community.

The Game Itself is downloadable Here

A Sequel is currently in the works.

Whoever thought trope-making was easy, needs to have a talk with RabbidLuigi: