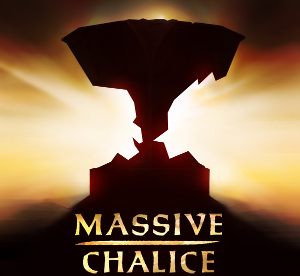 Massive Chalice is a Turn-Based Strategy game developed by Double Fine; the brain-child of Brad Muir who previously brought us Iron Brigade, and is the second Double Fine game funded by Kickstarter. Following on from the more open development approach of Broken Age the team broadcasted public "live-team-steams" fortnightly; they discussed new ideas, cut material and progress (these are archived on Double Fine's Twitch channel

). A full fledged documentary by 2PlayerProductions is also being finalized. It was finally released on June 1st, 2015 for PC and Xbox One.

The player takes control of the immortal ruler, an overseer to a mythical kingdom under a prolonged war against corruption demons (Cadence), manipulating the bloodlines of the land's heroes to sire stronger warriors to combat the ever increasing threat of the demon incursion.