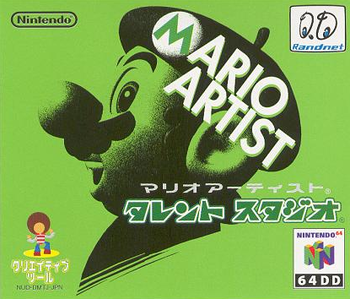 Mario Artist was a series of art utilities meant to be used with the Nintendo 64's ill-fated "64DD" add-on. Four titles were released during the system's lifespan:
Advertisement:

In February 2018, a group of fans released English translations for Paint Studio, Talent Studio, and Polygon Studio. They can be downloaded here.

Tropes present in the series as a whole: