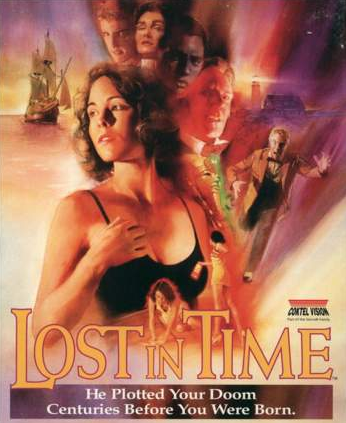 Lost in Time is a computer adventure game developed and published by Coktel Vision in 1993. It was promoted as being "The first Interactive Adventure Film using Full Motion Video Technology" and contained four graphical elements: full motion video, hand painted and digitized backgrounds and 3D decor.

In 1992, a woman exploring a shipwreck has mysteriously been transported back in time to 1840 when the ship was still intact, she has no choice but to explore. Her sleuthing leads to revelations about her past.