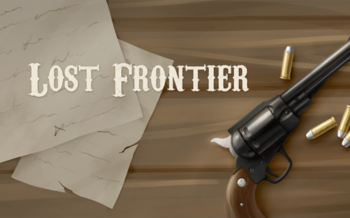 Lost Frontier is a Turn-Based Strategy game produced by Mika Mobile (which also created games like Battleheart and Zombieville USA), set in a fantasy-western setting consumed by steam-punk technology and the supernatural. Can you survive with just your wit and a six-gun at your side?

Lost Frontier was first released for the iOS devices in 2016, and was later ported to PC in 2018. It features a 24 mission campaign, which follows the exploits of a trio of bounty hunters, John "6-eyes" McGraw, Wyatt "Long-Arm" Wilcox, and Doctor "Doc" Valentine, as they hunt a notorious desperado named "Undertaker" Harvey. Throughout the story, your wits will be tested as the game challenges you to master the use of 20 unique unit types. You’ll take command of a wide range of Wild West forces, from Gunslingers and Cavalry to civil-war era Cannons and Gatling Guns. Or, employ more exotic weapons like steam-powered Gyrocopters and Zeppelins, and enlist the help of dark forces like Werewolves and Necromancers. Careful and strategic use of your resources will be needed to best your merciless opponents.

To help you even the odds, take control of a "Living Legend", who acts as your commander on the battlefield, and helps to specialize your combat style. Each of nine unique Legends are available, and level up as you utilize them, steadily unlocking their full potential.

Once you’ve mastered the game, 20 challenge missions await. These are punishingly difficult battles meant to push you and your Legend’s abilities to the limit. Or, feel free to set up custom games against the AI or with your friends via hot seat multiplayer. Set up the rules, choose your legends, and let the bullets fly!