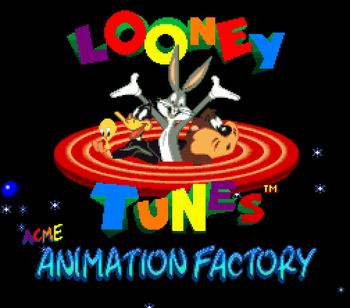 Looney Tunes Acme Animation Factory was a game released in 1993 for the Super Nintendo Entertainment System and was developed by Sunsoft, which is basically Mario Paint but with Looney Tunes characters. The game uses the SNES Mouse (just like in Mario Paint), although a gamepad can be used instead.