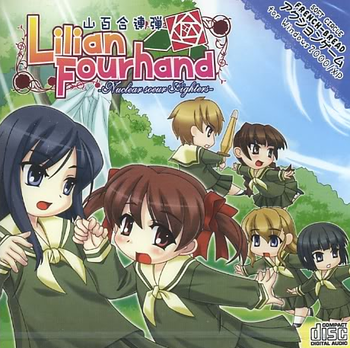 Based on Maria Watches Over Us, you pick a pair of soeurs (Sachiko/Yumi, Shimako/Noriko, Rei/Yoshino and Yumi/Touko) and travel through sidescrolling stages while being assaulted by everything. You have two shot buttons, one to shoot left and one to shoot right, as well as a lock-on laser to hit enemies in the background. Only the leading character can get hit by enemy attacks.