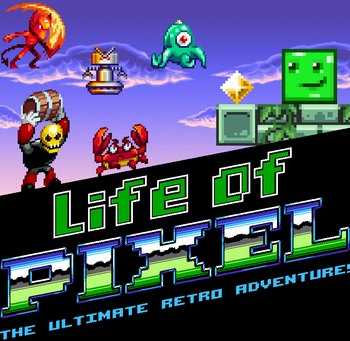 Life of Pixel is an independent video game made to celebrate the 8-bit and 16-bit eras of video games.

. It can be bought for the PC, Mac, or on Steam, and is coming