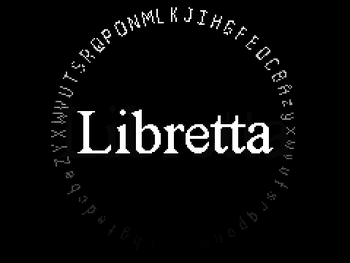 No one read my story.
No one cared for it.
And that is where it ended.
Advertisement:

Libretta is a freeware exploration game created by vgperson, the translator of games such as The Witch's House, Mogeko Castle, and Blank Dream. A girl named Libra explores the library, reading multiple books, when one strange book suddenly whisks her into another world, and she must search for a way to get out.