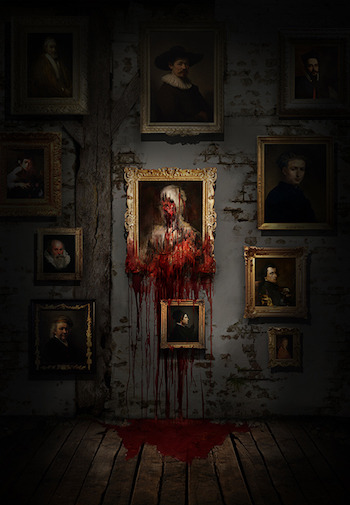 Layers of Fear is a horror Environmental Narrative Game created by the Bloober Team. The player takes on the role of an insane painter slowly making his way through an ever-shifting house. A DLC, Inheritance, was released on August 2, 2016, starring his daughter.
Advertisement:

A sequel called Layers of Fear 2 was released May 28, 2019. You play an actor filming a movie aboard a ship, instructed by a mysterious director. Along the way you explore the story of a girl named Lily and her little brother James.

These games provides examples of: