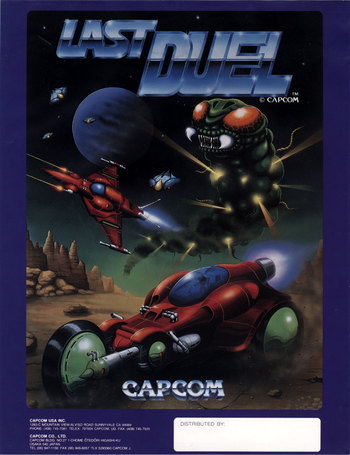 This is a story about twin planets, Mu and Bascula, far way from our own galaxy.
In Bacula, a tribe caled Galden uprose and rook over the control of whole planet. The Galden Tribe's urge for more power was aimed at sister Planet Mu also.

The Galden organized huge armada and attacked Mu without a warning. They have captured and abducted Mu's Queen Sheeta.
— Attract Mode
Advertisement:

Last Duel: Inter Planet War 2012 is a shoot'em up arcade game from Capcom.