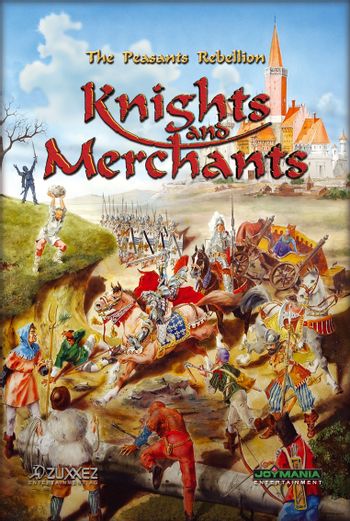 An effect of The Settlers team splitting after the second game in the series, Knights and Merchants: The Shattered Kingdom is a Real-Time Strategy game bearing a lot of gameplay similarities to—well, you've guessed it—the first two Settlers games. An Updated Re-release subtitled The Peasants' Rebellion was released in some markets, being marketed usually as Expansion Pack sold together with original game; however this was actually a more complicated issue.
Advertisement: