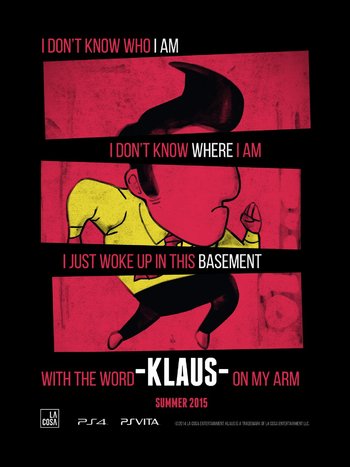 Klaus in his promo art.
Advertisement:

Klaus is a 2016 video game created by La Cosa Entertainment for the PS4, described as an existential platformer. You guide Klaus, an amnesiac who’s awoken alone in a red basement, in his attempt to find out what's going on and how to get out of the facility. Along the way Klaus slowly starts to piece together who he is through memories that are hidden throughout the levels. He is later joined by K1, and between the two playable characters you must solve puzzles using their individual abilities.

Not to be confused with the comic book by Grant Morrison, which reimagines the origin story of Santa Claus.