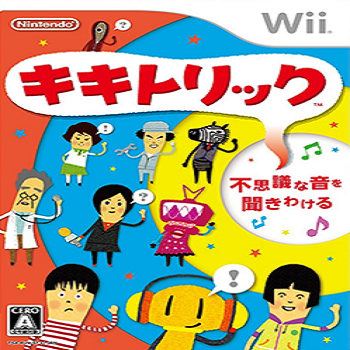 Kiki Trick is a 2012 video game for the Nintendo Wii, and developed by the same team as the later WarioWare games and Rhythm Heaven.
Advertisement:

In it, you play a variety of minigames that involve identifying sound effects and other auditory cues.