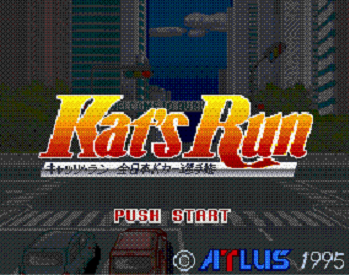 It's notable for being (maybe) the only 16-Bit racing game centered around the real world K-cars (軽自動車 (kei jidousha), a car type with both a reduced size and power output) and its namesake SUVs. You can select from ten different licensed K-cars of the time, with each car having its own advantages and weaknesses. You must select from ten drivers (and two hidden), to race against the nine other opponents around different locations a la OutRun (complete with scenery changes). With the addition of some powerups found in the track to hinder opponents like Mario Kart, your goal is to get to the final course and challenge one-on-one the eponymous driver, it's as hard as it sounds.

Although it was a fun game, it's often overlooked due to being released late on the Super Famicom's lifespan, but many people remember it (at least in Japan) for being one of the first games to use many licensed cars before Gran Turismo on the following era.