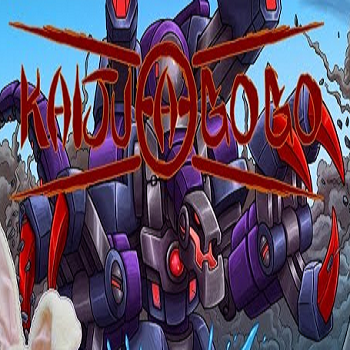 Kaiju-A-GoGo is a 2015 videogame by Kerberos Productions, better known for the Sword of the Stars franchise.

It is described by the developers as Evil Genius meets Evil XCOM, though gamers of a certain age will see distinct elements of Crush, Crumble, and Chomp! and The Movie Monster Game as well. The player takes up the role of one of three mad scientists, each with their own Kaiju and dreams of global conquest. To conquer the world, you need to attack cities and force them to surrender. To fight more effectively, your kaiju needs to be upgraded. To upgrade your kaiju, you need resources. To get those resources, you need to collect them from cities; typically by marching your giant monster up to an expensive-looking building and smashing it open like a pinata.

Kaiju maintenance and augmentation is taken care of at the mad scientist's secret island base, which can be expanded and improved in order to better serve the needs of global conquest via giant monster. The world does not sit back and wait for you to conquer it; military opposition to the kaiju grows with each passing year.

Three monsters and their creators have been released. While the game launched with only Dr. Farious and his giant robot, the developers have since added the other two 'launch kaiju' as free updates. Additional kaiju and their mad scientists appear to be forthcoming, as the game-exiting splash screen has advertised at least one such pair who eventually appeared as DLC.

Not to be confused with the band Kajagoogoo.

This videogame contains examples of the following: