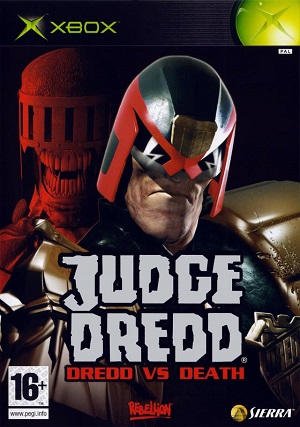 Judge Dredd: Dredd vs. Death is a First-Person Shooter based on the Judge Dredd comics released in 2003.

Once again, the Dark Judges, sinister beings from another dimension who consider all life to be a crime and therefore punishable by death, are released from their captivity and begin to massacre the population of Mega City One after receiving new bodies from the Death Cult. At the same time experiments by the insane Dr. Icarus causes a plague of undead throughout the city. Judge Joseph "Joe" Dredd, the most feared lawman in Mega City One, must capture the four Dark Judges one by one and stop the outbreak to save the city.