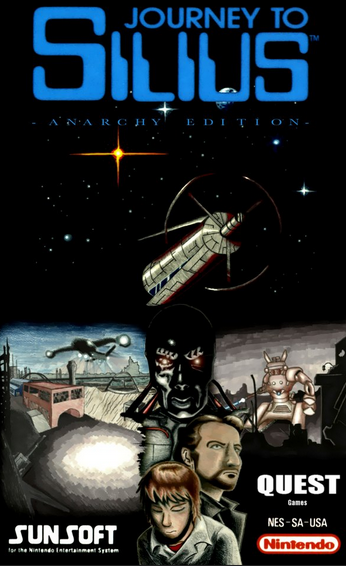 Journey to Silius is a side-scrolling action game by Sunsoft released for the Nintendo Entertainment System in 1990. It was originally slated to be based on the James Cameron film The Terminator, but Sunsoft lost the license before its scheduled release date. Sunsoft decided to continue development rather than canceling their hard work. As it turned out, Journey to Silius became a cult-classic which was given a rerelease on the Nintendo Switch Online service in December of 2019, while later NES games that carried the Terminator license are all but forgotten.

Tropes of this game: