Video Game / Jeff Wayne's The War of the Worlds 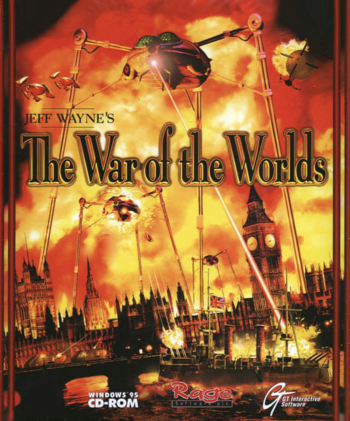 We have destroyed many of them. But although their weaponry is primitive, we greatly underestimated the strength of their numbers. Success is no longer assured, I do not think that-
— Commander of the ill-fated martian vanguard
Advertisement:

Jeff Wayne's The War of the Worlds is a 1998 Real-Time Strategy game by British games developer Rage Software. As the name suggests, it contains a lot of the dialogue and music from the rock opera of the same name. It follows the invasion of Great Britain in 1898 by Martians who, exhausting all other options, have turned to conquest in order to escape their dying planet. Unfortunately, unlike in the original novel these Martians have remembered to take their flu shots, and so must be fought off the old fashioned way.