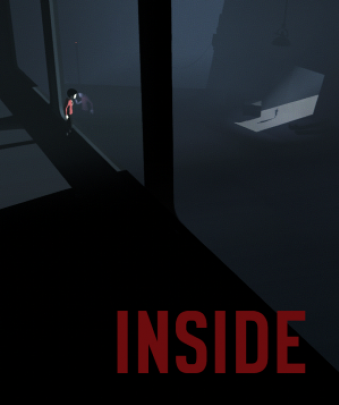 Inside (stylized INSIDE) is a Puzzle Platformer by Playdead, the developers of Limbo. Although its name wasn't revealed until E3 2014, the game was in development since 2010, only a few months after Limbo was released. It runs on the Unity engine. The game was released on June 29, 2016 for Xbox One, July 7, 2016 for Microsoft Windows, August 23, 2016 for PlayStation 4, and June 28, 2018 for Nintendo Switch.

You play as a young boy in a dangerous and hostile world, but rather than the supernatural horror of Limbo, this story is one of mechanical and technological advancement gained through human experimentation and cruelty. The boy finds himself traversing this almost ruined world, drawn to the center of a dark project. Much of the story is left open to interpretation this time as well.