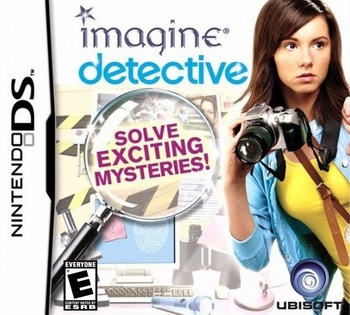 Imagine Detective is from the Imagine series of games for the Nintendo DS.
Advertisement:

You play as Kirsten Spark, a 13-year old detective who lives with her grandmother in the community of Summer Hill. Along with her talking cat sidekick Ozzy, her goal is to solve the various mysteries throughout her town. Your job is to collect hints and clues, as you get closer and closer to finding out the source behind the problem.