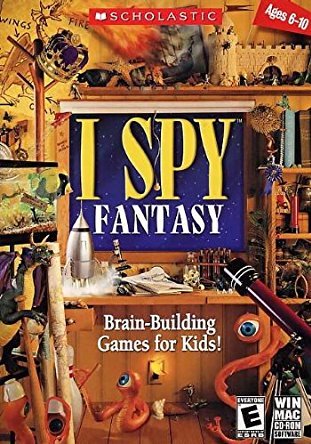 Welcome, new players, to the game of I Spy. Please type in your name to give riddles a try.

Along with being a series of children's books, I Spy was also a series of children's video games. There were two for the Wii, three for the Nintendo DS, one for the Game Boy Advance, a few for the Leapster, and eight for Windows and Macintosh computers. The latter are the most well-known ones. There are also a few mobile apps and for educational handheld consoles. Many of them were surprisingly good.

The games in the I Spy series provide examples of the following tropes: