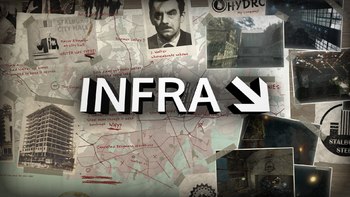 is an atmospheric first-person adventure/exploration/puzzle game by Loiste Interactive, the first part of which was released in January 2016. The game sees the player character, Mark, sent to investigate the state of the rusting and neglected infrastructure in the fictional Finnish city of Stalburg. However this routine assignment soon turns into a fight for survival as Mark is faced with collapsing tunnels, broken machinery and a conspiracy from the past that threatens the entire city. It features a game world with very high attention to detail, and well researched infrastructure designed to resemble the real thing. Rather than relying on fantasy or science-fiction elements, or having any combat, the game's main sources of danger and puzzles are the city's own tunnels and machines.

, with each subsequent part being available for free to owners of the previous parts.

A DLC expansion taking place after the game and a spinoff title have been announced.