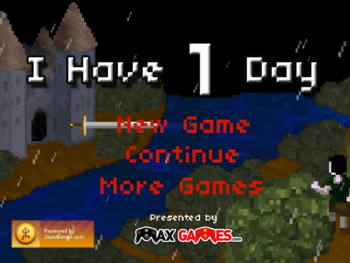 is an online Flash Point-and-Click Game by Cellar Door Games.

The game opens with a mysterious man looking at a castle in the distance, only for a guard to knock him out. He wakes up in the prison, confused, panicked, and with only 1 day to get back to the castle.