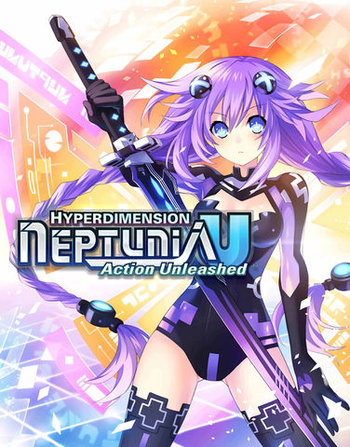 The third spin-off game in the Neptunia series, Hyperdimension Neptunia U: Action Unleashed (Chōjigen Action Neptune U) is a Hack and Slash game for the Play Station Vita and later made available on Steam and the first hack and slash entry in the series. It was developed by the same team that did Senran Kagura: Shinovi Versus.

The plot follows two Gamindustri journalists shadowing the CPUs and CPU Candidates as they complete various Quests to help out their respective nations, but the number of monsters seems to only be increasing, leading the entire group to band together to find the cause of this outbreak and, as Neptune would say, give them more time for napping and snacking.