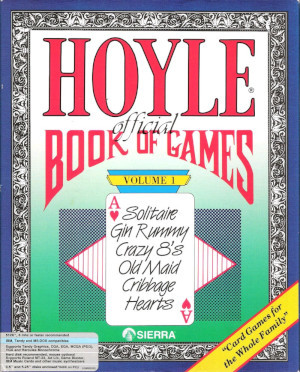 Hoyle: Official Book of Games is a series of board game video games published by Sierra released starting from 1989 and continuing until the 2000s. The first game contains several characters from other Sierra titles you can play against, including King's Quest, Space Quest, Police Quest, Leisure Suit Larry, Laura Bow, and several original ones, with them having dialogue when playing against them. The third and fourth games also have several characters from Sierra games, but their personalities are nowhere near as fleshed out.