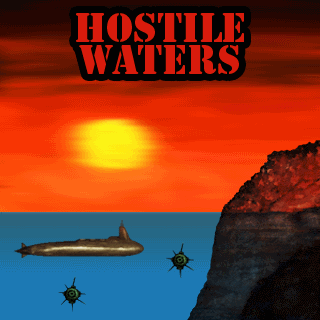 Hostile Waters is a Java video game published by Mobilive released in 2010. In it, you play as a submarine and shoot down other submarines, mines, and bomb-dropping ships. The game's goal is trying to earn to survive and earn as many points as possible.

You may be looking for Hostile Waters: Antaeus Rising, which previously had an article here.