Video Game / Hero of the Kingdom 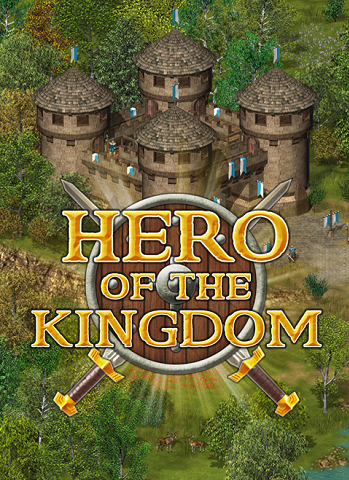 . These adventure RPGs (usually) follow the classic format of a man rising from humble beginnings and emerging as the hero of the kingdom in which he lives. Along the way, each hero acquires skills, discovers new parts of the map, gathers resources, performs side quests for his neighbors, and battles the forces of evil.
Advertisement:

of the original trilogy features a young man, living on a farm with his widowed father. One day, while he's out on an errand, bandits attack the farm and take his father prisoner. The young man must strike out on his own to rescue his father and help stop the bandits from wreaking havoc on the realm.

In the second game

, the hero and his younger sister have been orphaned in an earthquake and take refuge in a seaside town, where they are given shelter by a kindly fisherman. It isn't long before the sister is kidnapped by pirates, and the hero begins his quest to bring her back safely - encountering many adventures along the way, of course.

features an orphaned hunter who has been reared for the past decade by his loving uncle. As the hunter becomes more proficient in his craft, an ancient evil takes possession of the kingdom and its princess, and the hunter receives strange visions which guide him on the way to saving both.

The fourth game, Hero of the Kingdom: The Lost Tales, Part 1

, is a separate adventure. During your travels, you come across a town which recently fell victim to dragon attack. While there, you meet a young boy named Brent, and you and he team up to venture into the wilderness and find the dragon responsible. But as you slowly start to realize, things are not entirely as they seem.

, takes the existing formula and turns it completely on its head. The hero this time is actually the princess of the kingdom. You sneak out of the palace disguised as a rogue, but before you can return, chaos breaks loose and doom threatens the realm. You have to protect your people and your home by righting that which has gone horribly wrong.

All of the games are currently available on PC and Mac.

Tropes found in these games: