Video Game / Hero of Many 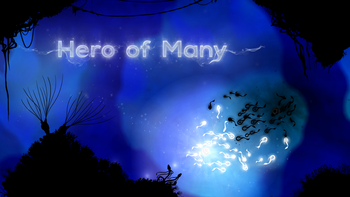 Hero of Many is a video game originally released for mobile devices in 2013. It was developed by independent video game developer Trickster Arts. It follows a ball-shaped white creature (known as Hero) as he leads white fishes in a war for survival against Black and his army that genocides the white ones.

Hero of Many provides examples of: