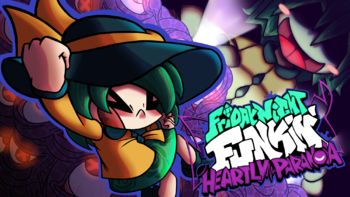 is a Game Mod for Friday Night Funkin' made by Nebits that features Koishi Komeji from the Touhou Project series as Boyfriend's opponent, after the latter follows the sound of a ringing phone booth to encounter her.