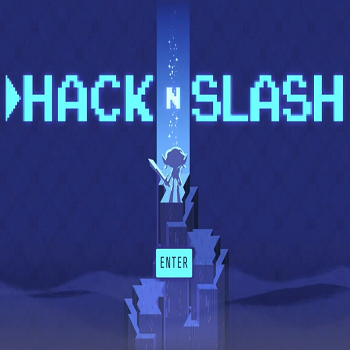 Hack 'N' Slash is a 2014 Puzzle Game (but not a Hack and Slash, despite stylistic resemblance) for PC by Double Fine.
Advertisement:

There, a young woman and a red sprite (With default names Alice and Bob, respectively) attempt to overthrow the wizard who has corrupted the land. Alice's first (and primary) "weapon" in this quest is a sword that allows her to hack into the variables of various in-game objects.