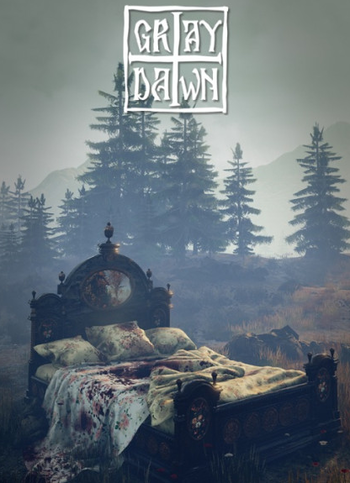 Gray Dawn is a Psychological Horror Environmental Narrative Game, developed by a Romanian studio Interactive Stone and released on June 7th, 2018 for PC through Steam.

In it, you play as Father Abraham Marcus, a priest at St. Mary's Church and the custodian of St. Anne's orphanage. He has been accused of a ritualistic murder of a young boy.

No relation to the 2015 Action RPG Grim Dawn.

Note: As this game is rather short and plot-heavy, reading this page beforehand may significantly impact your experience of the work.