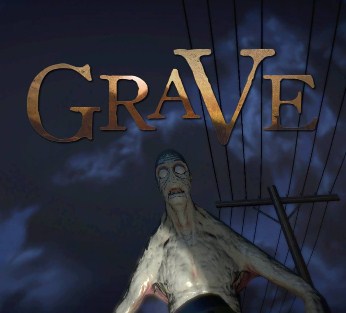 Grave is a first-person, open-world Survival Horror game, developed for PC and Xbox One with support for VR devices. It is currently in development at Broken Window Studios after getting funded

on Kickstarter on April 28th, 2014. A small demo was released at the start of the campaign as well.
Advertisement:

The game features heavy emphasis on the lack of weapons, with light being the only thing that kills or wards off the monsters, and on procedural generation, with the environment re-arranging itself every morning. The development team has also stated their desire to create a more surreal kind of horror, and cited Silent Hill and Salvador Dalí as their inspirations.