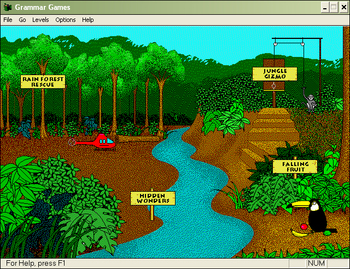 The main screen
Grammar Games is an Edutainment Game for PC and Mac created in the 1990s by Davidson & Associates, the same company that made the Blaster Series.

It consists of four minigames: