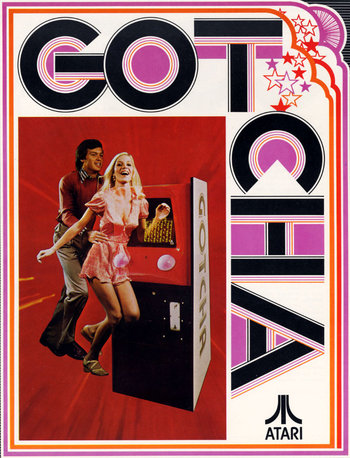 Gotcha was an early Arcade Game from Atari made in 1973, created by Al Acorn and Nolan Bushnell. It was Atari's fourth game after Pong, Space Race and Pong Doubles. It's a Player Versus Player game of cat and mouse, played in an ever-changing maze. The Pursuer (represented by a square) scores points by touching the Pursued (represented by a plus sign), and the Pursued scores points as time goes by without being touched by the Pursuer.