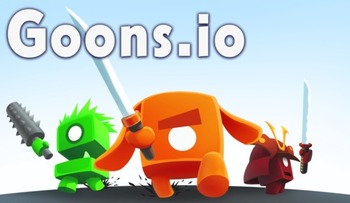 is a video game created by Clown Games in 2017. It's an .io game in which players control characters holding swords or other close range weapons and try to hit each other with them. The goal is to have as many points as possible. There's a Survival mode which is a simple free for all, and a Capture The Flag mode where getting the flag will give lots of points.