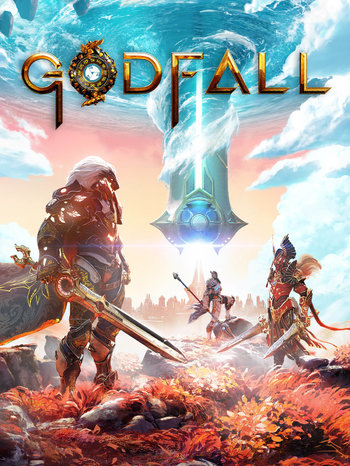 "It was all a lie. Macros sold us a vision he never believed in."
— Orin
Advertisement:

Godfall is a third-person Action RPG developed by Counterplay Games and published by Gearbox Publishing for the PlayStation 5, PC and PlayStation 4, being a launch title for the former. The game was released November 12, 2020 in North America and Australasia and on November 19, 2020 in Europe.