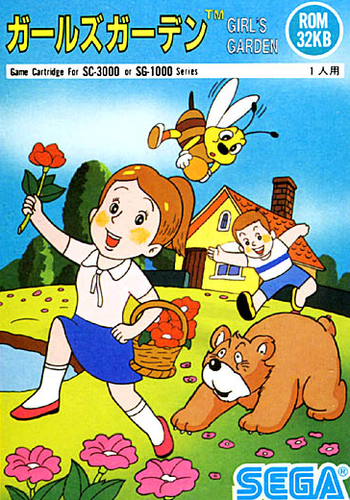 Girl's Garden, released in 1984 exclusively for the SG-1000, was one of the first console video games aimed at girls. It was the first video game programmed for Sega by Yuji Naka, who later became a founding member of Sonic Team and programmed Sonic the Hedgehog.

Papri's boyfriend, Minto, is inclined towards her romantic rival, Cocco. To make him walk back towards her, Papri has to walk around the country garden, collecting flowers in full bloom while being mindful of the local wildlife.