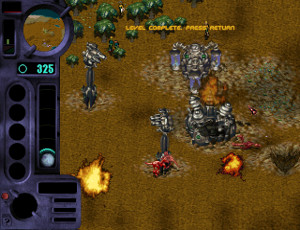 Genewars Gameplay
An old Real-Time Strategy game by Bullfrog Productions based centrally around using Genetics in breeding and cross-breeding creatures. Some billions of years ago Sufficiently Advanced Aliens got bored with the universe and moved on, but finally came back. After seeing that Humans and the other three humanoid species warring here were ruining the planets, they put them all on trial and sentenced them to fix and re-colonize planets damaged in the war. Of course, if you didn't read the manual you never really know why you have to restore the environment for these various planets.

Tropes found in this game include