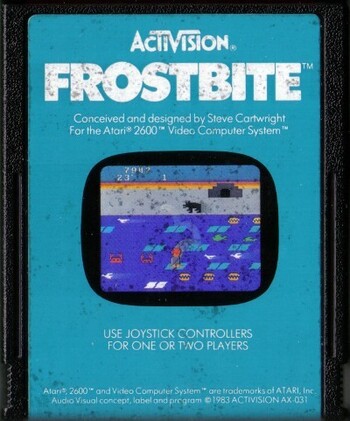 Frostbite is a platforming video game developed by Activision and released in 1983 for Atari 2600. In the game the player plays as Frostbite Bailey and must help him build an igloo before night falls and the temperature drops. The player does this by jumping between blocks of moving ice floes. Touching ice floes adds blocks to the igloo, but there are enemy characters that wish to hurt you by knocking you into the water.