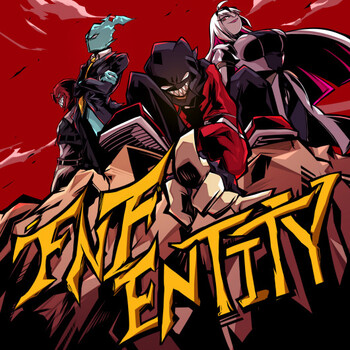 From left to right: Aldryx, Solazar, A.G.O.T.I, and Nikusa
"You’re in the void, my own "Special Prison."... Where artists go to die and the kingpins still stand."
— A.G.O.T.I.
Advertisement:

(originally V.S. A.G.O.T.I. prior to the reboot) is a Friday Night Funkin' mod created by SugarRatio and RealDealAGOTI (who no longer owns the mod) that initially released with a full week for A.G.O.T.I. on May 14th, 2021 and a demo version with one song for each of the four opponents coming out on December 3rd of the same year.

The four opponents of the mod are: