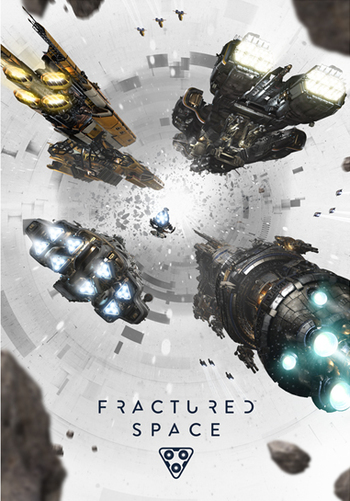 is a PC third-person space combat simulation game that plays like a Multiplayer Online Battle Arena. Player choose one from a large selection of spaceships, each with different weapon load-out and abilities, and engage in 5 vs 5 tactical combat to capture mining outposts, repair stations and destroy the enemy team's base station.

Fractured Space is free-to-play, originally available as an Early Access title before launching in full on Steam at 23 September 2016.